Roughly two and a half months after Truth Social publicly launched, its main attraction has finally arrived.

Former president Donald Trump finally started posting on Truth Social, his very own alternative social media platform, on Friday after being conspicuously absent since the service launched in mid-February.

“I’M BACK!” Trump posted along with a photo of himself on Truth Social. He also tacked on the hashtag “#COVFEFE” at the end of the post in a reference to the bizarre tweet he made back in 2017 before he was banned from Twitter. 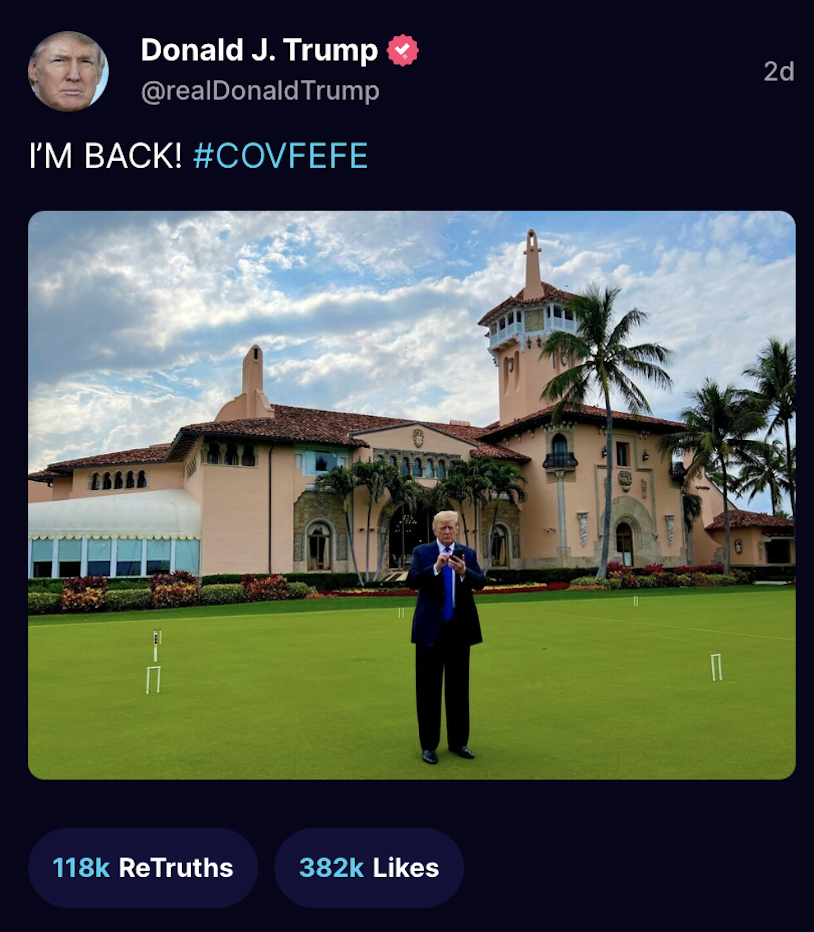 The 45th president originally posted on Truth Social before it launched to the public on Feb. 21. However, that was his one and only post on the platform for months, causing many to question why Trump wasn’t using the social media platform that he owns.

Since declaring he was “back” on Friday, Trump has posted more than a dozen “truths” and “retruths” – Truth Social’s version of what Twitter calls “tweets” and retweets.”

Trump’s posts include congratulating a couple who just wed at Mar-a-Lago, accidentally posting a random Truth Social user’s handle without any context, and boasting about Truth Social rising to the top of Apple’s App Store. 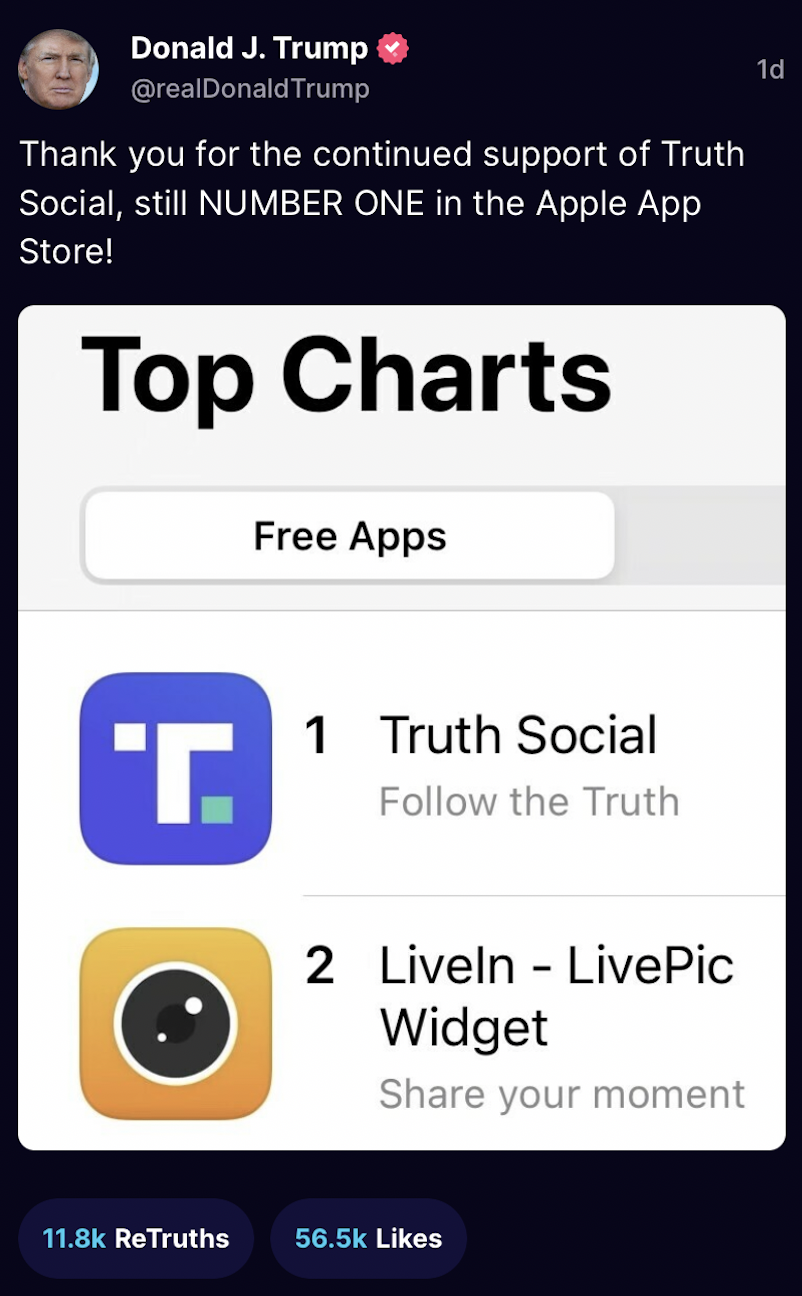 Before this past week, Truth Social had been struggling as downloads to the app plummeted. The platform also lost two of its key tech executives who resigned during this time as well.

However, days before Trump returned to the platform, the app suddenly burst back into Apple’s App Store charts, eventually ranking #1.

As news broke that Elon Musk would be buying Twitter, Trump gave a statement to Fox News saying that he wouldn’t return to the platform he was banned from, even if a Musk-owned Twitter reinstated his account.

Musk even noticed Truth Social’s sudden rise to the top of the App Store rankings and mentioned it on his Twitter account as well.

It’s unclear exactly what attributed to Truth Social’s rise in the App Store. It could be especially hard for Trump’s platform to find its niche in the social space now that his most hardcore supporters cheer on Musk’s pending acquisition of Twitter.

But, at least for now, Trump and his team are basking in the sudden, unexplained interest in the app.